The following examples of my work are only a small sampling of what I have done.  These items are free of confidentiality restrictions. Without such restrictions on much of my work, the following pages would be far more extensive. But I am confident this sampling will give a sense of my capabilities.

Election Law: How the Distorting Influence of Money Corrupts the Framers’ Constitutional Design  and What Can be Done to Restore the Framers’ Intent

This paper identifies the corrupting influence money has on the American legislative branch by illustrating the concept of the gift economy and how the present system stifles needed legislation. It then traces the Supreme Court jurisprudence on attempted statutory schemes which often barred such law on First Amendment grounds. The article identifies how a misapprehension by the court on the definition of “corruption” interferes with proper judicial interpretation. The paper then examines three proposed solutions to the identified problem of money in electoral campaigns and evaluates them on their strengths and weaknesses.

Demand Letter – Titile VII of the Civil Rights Act of 1964

STATEMENT OF THE CASE

Nature of the Action and Relief Sought
On December 23, 2010 a grand jury indicted defendant, Tanya Jackson (seventeen years of age), as an adult on two counts for “Using a Child in a Display of Sexually Explicit Conduct” under ORS § 163.670 (1985) when she photographed her girlfriend and herself in the nude using a cell phone and texting the image(s) to her girlfriend, a minor female. On January 5, 2011, the Multnomah County Circuit Court found Tanya guilty on both counts. On January 17, 2011, Judge Richard C. Baldwin, issued a Judgment of Conviction and Sentence whereby he sentenced Tanya to a mandatory seventy months on Count 1, pursuant to ORS § 137.707 and twenty-five years on Count 2 pursuant to the recently passed Measure 73 (aka The Oregon Crimefighting Act). Defendant, Tanya Jackson, timely appeals judgment of conviction and imposition of the Measure 73 sentence.

Nature of the Judgment
The nature of the judgment in the court below is an order denying defendant’s Motion of Acquittal. ORS § 163.670 (1985).

II. Oregon Voters enacted Measure 73 in November 2010. § 2(a) of the new statute states “Any person who is convicted of a major felony sex crime, who has one (or more) previous conviction of a major felony sex crime, shall be imprisoned for a mandatory minimum term of 25 years.” Tanya Jackson, 17-year-old girl, who sent pictures of her girlfriend via a cell phone text message, was charged under the statute. Did the trial court err in ruling that “any person” applies to children for the purposes of this statute? 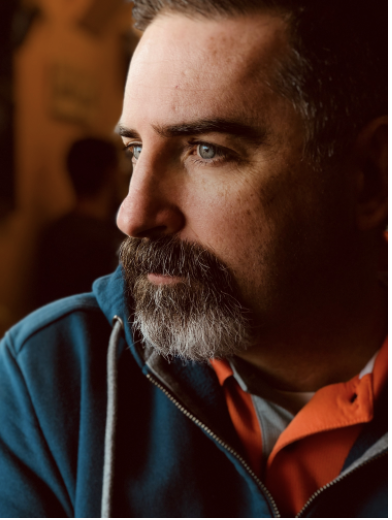 Futurism. Technology. Solar Energy. Hydrogen Fuel Cells. Wind. Hydroponics. Aquaculture. Law. Social Justice. Politics. Good Books. Music. Psychology. Human Relations. Pedagogy. Design. Typography. Branding. Writing. Communications.
These and many other things are the subjects around which my mind orbits. They are the ideas whose hold on my imagination is strongest. This site is a hub for my thoughts, contact information, and news, as well as the periodic piece of writing I might like to share. I expect it to change over time.
The site is also an online resumé. If you would like me to work with your organization in a freelance or permanent capacity, please view my information and get in touch.